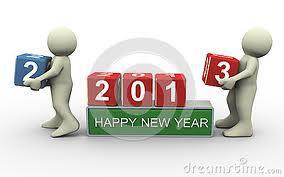 Welcoming a New Year with divine blessings from His Holiness, Shri Sai Baba is the best one can ever think of.

Devotees from all over the world joined the blissful atmosphere at Sai Sandhya, an initiative by CMAI Association Of India . CMAI has successfully conducted and organized Sai Sandhya on the eve of every New Year for the last three consecutive years.

Padamshree Peenaz Masani lighted the event with her melodious and enchanting voice and sung Sai Bhajans.

The program received active support and participation from people from all walks of life including cabinet ministers, bureaucrats, Govt. officials, corporate houses and individuals. The event was supported by various telecom & IT associations.

This was an occasion where Chief Executives, Directors, Heads and members of entire telecom & IT fraternity assembled with their families, and exchanged greetings for New Year in a serene aura and calm ambience.

All devotees were distributed Bhabuti, ie, udi from Shirdi , Agarbatti packets from Hari Darshan , and a A4 size 3D Sai Baba Photograph. They even joined for Sai Bhandara .